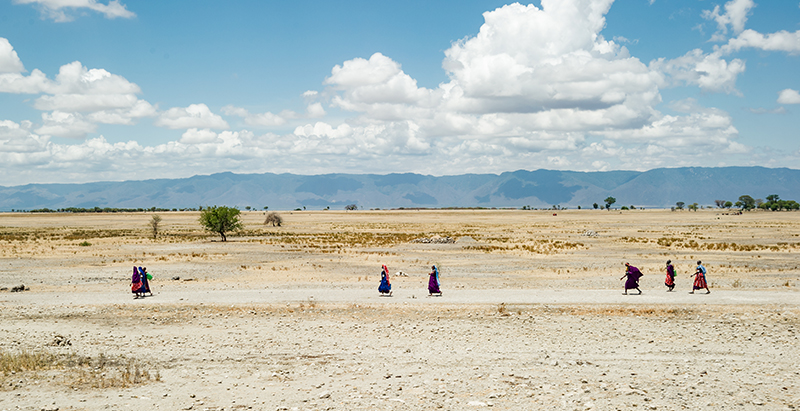 The World Bank Alert: 143,000,000 migrants by 2050.
Global warming and climate change are disrupting entire ecosystems, threatening biodiversity and life itself on the planet.

Greta Thunberg has inspired millions of students to join protests around the world to fight against climate change after record-breaking temperatures and a sustained period of severe drought, massive bushfires caused widespread destruction across Australia. And other phenomena alert us to the climate crisis, including: rising sea levels, extreme weather such as flooding and hurricanes, and reduction of pH levels of our oceans.
Migration due to lack of water
With that said, according to the World Bank report in Washington DC, the institute’s forecasts are by 2050, millions of people will be forced to migrate to escape the drought and the scarcity of water, especially in Sub-Saharan Africa. There is talk of 143,000,000 refugees who will move within their countries due to climate warming: 86,000,000 in Africa, 40,000,000 in South Asia and 17,000,000 million in Latin America. The climate refugees will also move to other countries such as Europe, creating new challenges for the EU.
The lack of both drinking water and agricultural water, as well as threat towards the existence of entire populations can trigger famines, soil degradation and other disasters such as fires and conflicts, which could in turn lead to civil wars according to Columbia University researchers — which has already happened in Syria in 2011.
There is still hope
However, the effects of ongoing climate change can be avoided or reduced if we drastically reduce greenhouse gas and carbon dioxide emissions. In an effort to reverse damage, The United Nations Framework Convention on Climate Change (UNFCCC) with the Paris Agreement have defined a global action plan which aims to limit climate warming to 1.5 ° C by 2030. However, the commitment of the Member States must also be shared on an individual level. It is essential to become aware of the impact of your own personal actions and therefore to know the environmental footprint and to be able to adopt increasingly sustainable life choices.