Taps go by many different names, such as faucets, spigots and spouts and come in many interesting designs, but their function remains the same: providing a stream of water. It’s pretty basic. You twist a handle or hold your hand in front of a sensor, on the newer models, and in both scenarios, the same thing happens – water runs out for you to wash your hands or have a drink.

A student at London’s Royal College of Art took the design of the average household tap to the next level, transforming it from a basic basin fixture into a luxurious status symbol. Simin Qiu created a unique concept faucet that turns running water into stunning swirling and spiraling patterns that could help reduce the amount of water that goes to waste. This designer faucet, called the Swirl, uses about 15% less water than its traditional counterparts and also feels softer on the hands when compared to solid jets of water from other taps. 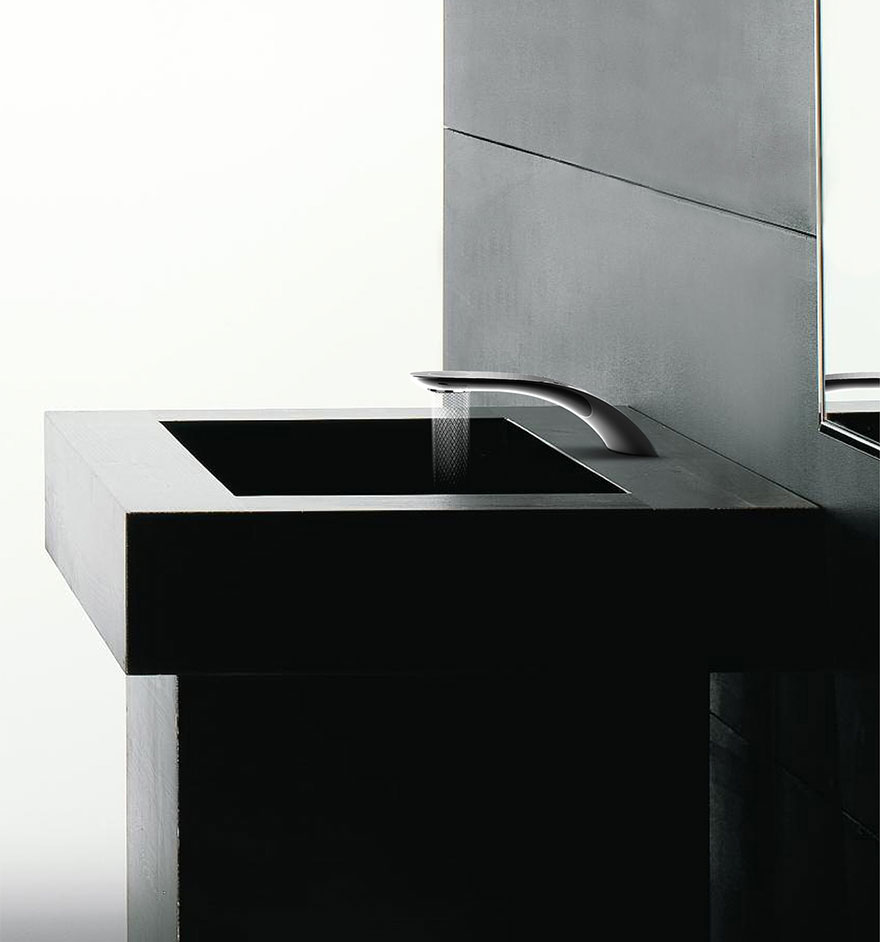 It works with two rotors that swirl jets of water into intricate geometric patterns as it runs from the tap with gentle pressure. One rotor makes the water flow clockwise, and the other one directs the flow anticlockwise, creating a hollow vortex effect. It has a touch button that allows you to choose between three different effects before activating the flow. The temperature of the water also has to be pre-set to ensure the water is always the right temperature.

Simin’s unique Swirl design won an iF Design Concept award in 2014. It took him about two months to finalise the design of the prototype, which he is now testing. The Swirl is set to be market-ready by the end of the year and is most likely to end up in high-end hotels and a few luxury homes.

While it will probably come with a hefty price tag, we can’t help but to fall in love with this stunning design that’s not only pleasing to the eye, but also environmentally friendly.

Below are more images of the Swirl’s design and intricate display of flowing water. 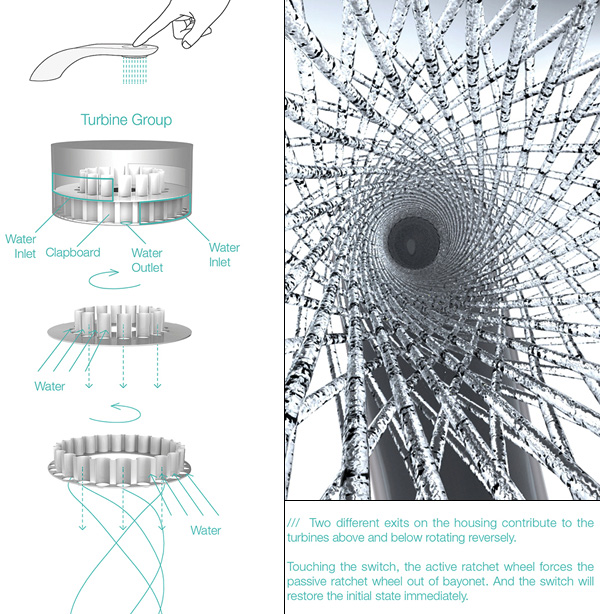 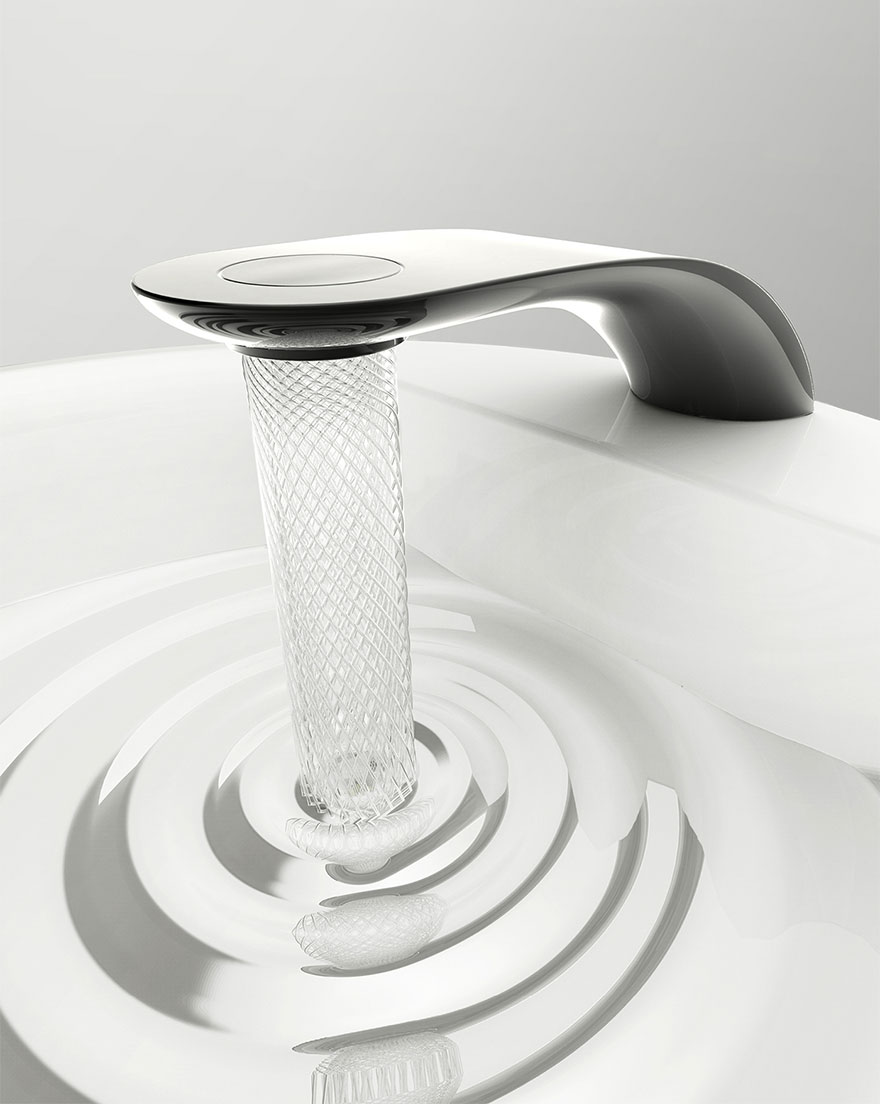 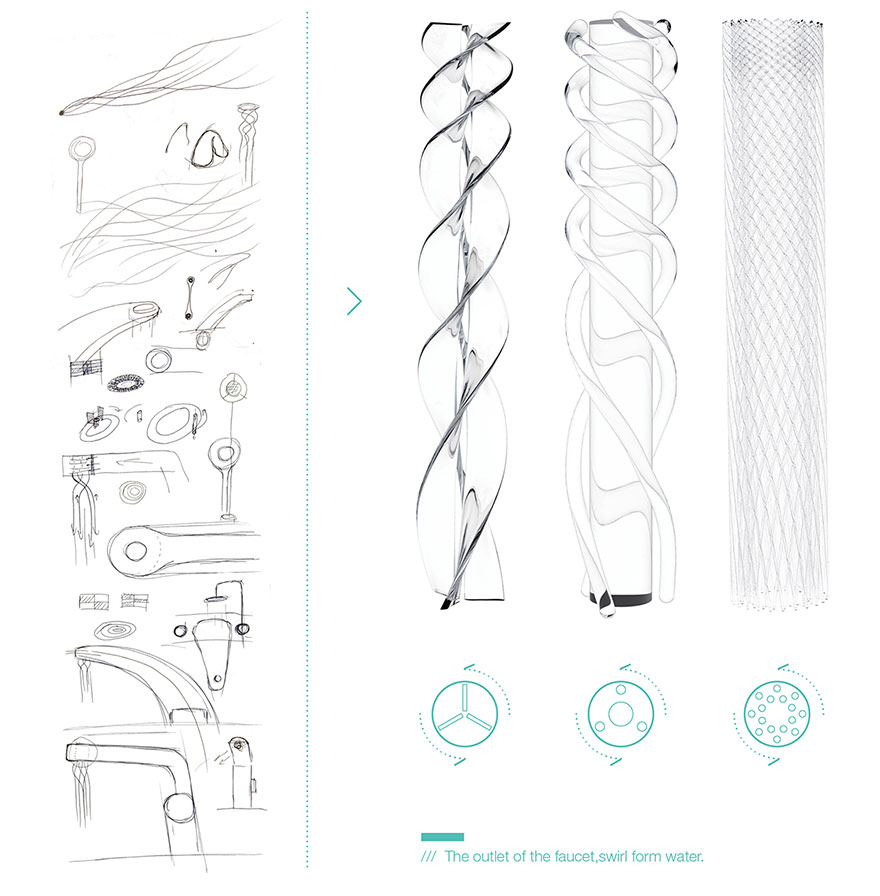