How Chronically Dehydrated Staff Is Hurting Your Business

How Chronically Dehydrated Staff Is Hurting Your Business 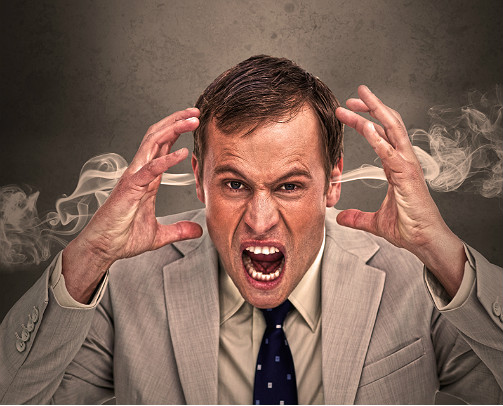 When last did you drink the water in your office or check what kind of water products are available for your employees? The answer is most likely never. Yet, if there’s something that is a must in any office, it’s adequate access to clean water. We may downplay it all we want, but water is the most essential resource.

If your office’s water supply is always depleted, out of order, or incapable of catering for the number of people in the establishment, then you have a problem. Research has shown that a staggering 75% of US citizens are chronically dehydrated: a condition that lowers the immune system, increases irritability, fatigue, respiratory troubles, excess weight and obesity, and premature aging.

And, if those stats are just for America, imagine how many people suffer from this in other countries; the very same people who probably work for your company, and are always off sick due to chronic dehydration.

What the numbers say

According to the Office for National Statistics (ONS), more than 131-million days were lost due to sickness in 2013. While the days are lower than the year before (not a result of better working conditions, but employees’ fears of losing their jobs), it’s still a significant figure.

Further studies by the PwC show that sick days have cost companies a whopping £29-billion every year. The same report also showed that although there were less unscheduled absence days than the past couple of years, the number of days someone would take while sick had gone up to 9.1 days in 2013 from 8.7 days in 2011. Which  means that even if your staff are taking less sick leave, when they do take it they’re off for a long time, so you’re still losing significant revenue.

Now you may believe that your employees’ hydration is not your problem, but a report by the Health and Safety Executive noted that 1.1-million people surveyed attributed their illness to work. Another 0.7 million said that their illness had been worsened by their work.

One may discount these reports and site that they are a reflection of something that is out of the employer’s control, but they’d be sorely wrong. The same report by the ONS cited that a majority of these sick days were due to back pain and body aches, which have been linked to chronic dehydration. Other illnesses related to the condition include:

Small or large, your business has probably had to deal with staff calling off sick due to the above-mentioned illnesses.

What you should do

First and foremost, it’s essential to get the basics rights. Have a look at how many people are in your business. Create a survey of your own to figure out how many people drink water while at your company. In this questionnaire include questions such as:

Apart from these clear questions, also ask whether they have suffered from the above-mentioned illnesses. After getting the figures, use them to assess how you can fix the water problem. If your current water supplier isn’t delivering as expected, or can’t keep up with the growing needs of your company, it’s time to find a distributer who can do it better.

What’s more, you might find it useful to put in place some company initiatives that motivate employees to drink adequate amounts of fluids. Once you start promoting a healthier lifestyle with your employees, you can expect an increase in productivity and overall employee wellbeing.

Julian Castle-Logan
I have a vehicle hydration system prototyped and patent pending. It allows hydration for automobile owners and passengers commercial and personal. I would like to speak to an official in your company concerning a possible licensing deal. You can contact me at 857 505 7817.