Tea is one of the most popular drinks in the world, second to only to water. We all know that the British love cups of tea, in fact, we Britons collectively drink around 100 million cups daily. With 7.45 million Britons drinking tea four times a day or more, and the average time of 3 minutes taken to boil water, this equates to roughly 72 hours per year per person spent boiling kettles.

Not only is that a lot of time spent watching kettles boil that could be better used elsewhere, but with the energy prices & cost of living increasing, it's a lot of unnecessary money spent.

In comes the boiling water tap – giving you peace of mind where saving energy, saving money, efficiency, and safety are of utmost importance.

What are Boiling Water Taps?

Instant hot water taps are faucets that have a mini-boiler installed beneath your kitchen sink. The boiling tap's small size makes it unobtrusive, as well as easily accessible. Depending on your needs, their accompanying reservoirs can range from 3 to 11 litres – sometimes even more! These systems also tend to add to water efficiency usage. As kettles have a spout to pour and let off steam – boiling water tap reservoirs are closed systems that retain all evaporated water for future use. Think about the times when you’ve boiled too much water and then it just sits there – often not being used and poured down the drain. In fact a 2021 survey revealed that many people often boil a kettle with more water in it than needed.

Remember that this technology is new - it has come a long way from the faucets of yesteryear. These systems are built with contemporary design and interest in mind – purpose-built for water and energy saving in a time where these resources are scarce.

There are a few different options of boiling taps, for example the Zip Hydrotap uses state of the art technology to deliver boiling and sparkling water on tap, perfect for commercial needs. For residential purposes, the Culligan Tap is a stylish and affordable option to have in your home.

Benefits of Boiling Water Taps Include:

So perhaps it's time to stop wasting your time watching kettles boil and your energy bills rising and time to invest in a boiling tap, saving you hours and money! Get in touch today and we'll see how we can help. 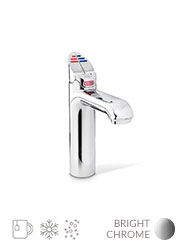 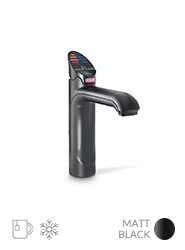